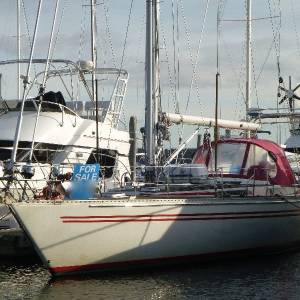 An article in this months Cruising World (page 62) titled “Simply Indispensible” by John & Wendy Clarke reviews what they deem as indispensible sailboat options. This blue water cruiser Helmsman 47 cruising yacht listed by International Yacht Brokers Boatshed Newport has 8.5 out of the 10 options featured in this article.

This Helmsman was bought new at the Newport Boat Show in 1988 and has been with the second owner/licensed captain since 2004. With only two owners she reflects pride of ownership and top care. Manufactured in Denmark, she is rare to the US market and quite a find for the serious sailor. She has made trips up and down the Atlantic seacoast to Florida and the Carolinas.

She is a true offshore blue water racer/cruiser with a rating of 85 spinnaker and 95 non spinnaker. She has been raced in the Offshore One Sixty (single-handed) every year and the Solo-Twin also yearly. With winds at 15 knots or better she usually leads the fleet. With winds below 15 knots the smaller lighter sailboats leave her behind.

In 2008 her current owner took her down to the glass and added three coats of barrier paint. Since then he has applied Micron every year resulting in a very clean and fast bottom.

Happy sails to you from Boatshed Newport! 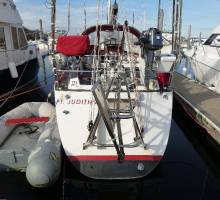 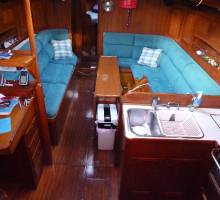 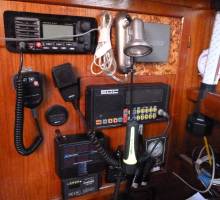 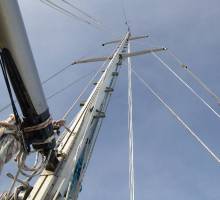 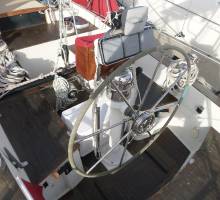