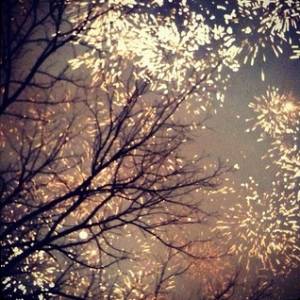 We now have nearly 9000 customers registered with Boatshed Grand Union and Boatshed worldwide has over 496,300 registered customers. Boatshed.com has over 50 locations world-wide, more than 100 Boatshed Brokers working to sell your boat and over 1000 Boats were sold in 2012.

Over this year our blog has offered tips on buying and maintaining a canal boat, suggestions of canal places and events to visit, waterways news and historical anecdotes.

Of course this was the year that British Waterways became a charity: The Canal and River Trust and it has been an interesting year for all on the water. We started this year with an article about how to sell a boat on the inland waterways.
but maybe my favourite blog post this year was when I told the real true story of how and why I began working for Boatshed.

Last winter water levels on many areas of the system were unusually low and the Tring summit on the Grand Union was mostly closed to boat traffic.

Over the summer, as well as the usual canal festivals we were able to enjoy Boats that Tweet in the Jubilee pageant and while Boatshed staff enjoyed a lot of rain at The Crick Boatshow we published 5 ways for boaters to enjoy the Jubilee weekend.

In June British Waterways Marinas Ltd, appointed Boatshed.com as its sole provider of brokerage at its marinas in the South and West.

In July the Canal and River Trust created a ‘controlled’ mooring zone in central London during the Olympics.

We were also pleased to support the launch of the new National Community Boats Association blog.

In August London saw a very boaty floating market take to the canals as part of the Olympic celebrations.

If you’re on a budget and considering a project boat you may enjoy these tips from a happy Boatshed customer shared with us over summer.
Lina tackles project boat to beat the recession.

Tom and Dale rowed the Grand Union from Birmingham to Brentford - yes really! and student Luke Parry did the same journey – in a bath tub!

In September we introduced the On-TheWaterBus in association with Boatshed.com. Neil Chapman, founder of Boatshed said,
“The role of the Bus is very much educational with the emphasis on learning about how to get on the water. People will be able to talk with a range of experts and ambassadors from different water-based activities from Sailing to Surfing, Canals to Canoes, Rivers to Rapids or Power Boating to Paddling.”

In October the Canal and River Trust appointed a canal laureate.

In November we took on a good number of boats in the London area, many with their own moorings, which are always popular. In January we look forward to welcoming Jan as a new agent to our team in the London area.

So it’s been a very eventful year for London, the Grand Union, British Waterways and Boatshed Grand Union and we are looking forward to a very busy 2013.

Wishing you all the best for the New Year, from all at Boatshed Grand Union, and if you're buying or selling a boat next year: get in touch!

You may also like:
Living on a Boat: The Boatshed Guide (free) / Castle Marinas Welcome Liveaboards / Top 6 Benefits of Owning a Boat / A slideshow of a 55ft narrowboat./More articles.

Get free updates from this blog: subscribe by email.